Soon to be #1 Bestseller on Amazon
Menu 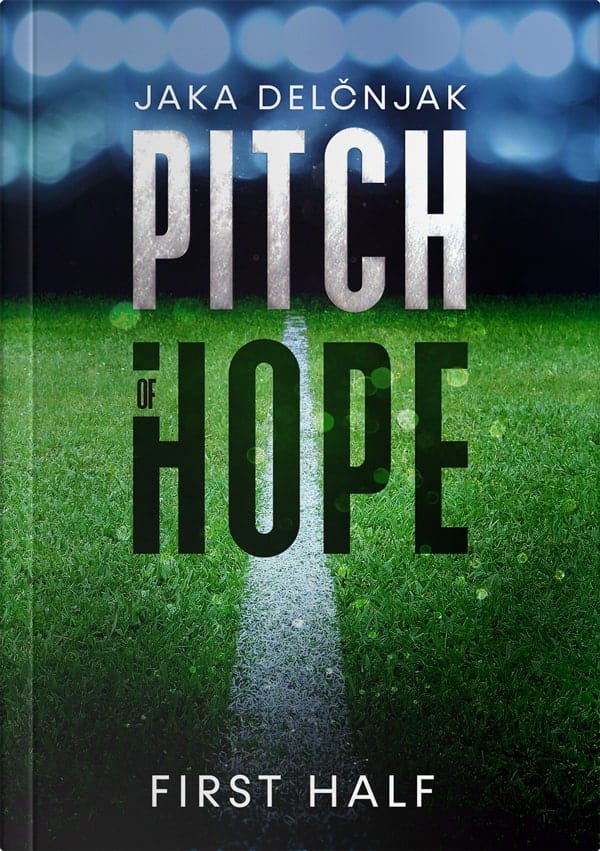 Book Blurb: Three young and talented Uruguayan footballers are given the opportunity, along with their fellow teammates, to participate in the FIFA 2014 World Cup in Brazil after the team’s former superstar squad is disbanded.

As the fate of the entire nation lies on their shoulders, the three young stars are faced with challenges on and off the pitch. With ghosts from the past returning, they are burdened by the pressure of the media.

Despite the immense struggle to lead the squad to success, the ideal image of football, glory, and a life of bliss slowly begins to shatter right before their eyes.

Inspiration for the book and writing

Isn’t it obvious? The inspiration is football. Sport in itself is a very emotional and passionate entertainment anyway, but the euphoria on the football fields can’t be compared to aces on the tennis sand or crossing the finish line when running. As a teenager, all I had in mind was school, girls, computer games, movies, and most of all, football. I studied pre-match tactics, played computer football, watched matches with friends and then commented on them the next day at school, and on top of all that, I wore out a decent number of balls and football boots on the asphalt field.

No wonder the inspiration came straight from football. During boring school hours, I often drew some starting line-ups on the back of the notebook. At first, these were the ideal squads of all-stars, but later I too found myself among them. Every day I dreamt what it would be like to run on the green pitch of a packed stadium and even more what it would be like to score a goal, win and hear my last name in the exclamation of the fans, thousands of fans that would make my skin bristle. But such dreams were impossible for me, as I never joined any club and trained with them.

So I could only imagine … And when I imagined, I started to get creative. “If I can’t, someone else will live that dream,” I said to myself, creating my Three Angels who could live what I couldn’t on my own. Then they found themselves in my ideal eleven, and friends asked me, “Who the hell is Victorino? Where does this De La Vega play? Is this the same Di Maria who plays for Real? ” Even before I realized it, these three of my boys were going their separate ways, playing their games, living my dreams as I had instructed them. They started to form a triangle on which I, as a builder, constructed the whole story.

The story had been evolving since the end of high school. Every day I added some pebbles to the mosaic in my head. Even before I could finish my first year of studies, I had had the whole story in my head for several months (at least that’s what I thought at the time). Then the drilling and knocking and rattling and pinching of that story began in my mind.

For a long time I wondered if it was some kind of false feeling and some other rapid ego rise, but since that conscience of mine really didn’t give me any peace, I told myself I could at least try and write a story.”What do you know about writing a book?” I said to myself. I doubted myself, and most of all, I had a feeling I was a little wacky. I wrote the first sentence of the book, I had made a temporary cover before, and when that happened, I laughed for a minute or so, but after that I wrote the first paragraph to the end. I wrote and wrote for two days and wrote about 25 pages (3 chapters). Then I gave the manuscript to my friend Petra. It was the same day after our meeting when she called me and said, “Put your backside in front of the computer and write on!” I obeyed her, obeyed my conscience, and continued to write for about a year. It was the best decision of my life.